This passage starts with the opening line: ‘The end of all things is near – therefore…’ (1 Peter 4:7) making it clear that the prediction of the end times and the judgement to come at the beginning of the chapter calls for a response from us, not just mental assent to its truth.

Jesus really is coming back! I believe it’s the next most significant event in history. It is also surely as relevant if not more relevant for us today as it was for Peter’s audience, being 2000 years closer to this ‘end time’! And what is our response to be?

First there is a response called in our attitude: to be of ‘sound judgement and sober spirit’. But this is for a purpose – for prayer. Prayer is such a mystery to me – God is omnipotent and doesn’t need us to do anything! But He lovingly invites us to partner with Him and chooses to work through our prayers – what a gracious God.  And we have seen Him working mightily through our prayers recently.

We are called to pray and we are called to love –  a love that ‘covers a multitude of sins’. This is a love which is not passive: we are to be ‘fervent’ in our love for one another. How does love cover sins? I believe it is because it is willing to forgive. There have been some hurts in the past season, some broken relationships and it’s been painful. We’ve sinned against each other at times. Some of us have been really hurt. Love does not sweep this under the carpet – I believe it is very difficult to forgive wholeheartedly if we have not acknowledged wholeheartedly the harm that has been done. We do not cover sin by denying that it hurt us. We cover sin by being real, counting the cost of releasing judgement and then forgiving with the grace that God has given us. Love covers, because in this process it does not seek to shame or expose, it seeks to restore and be reconciled. It’s not easy but it’s also not really an option, if we are truly followers of Christ, to hold on to unforgiveness. 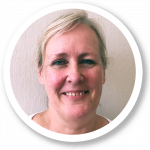 Love is also patient and not easily angered so it chooses at times to overlook an offence because we all get it wrong at times, we are all works in progress. Love remembers that we are all in need of forgiveness as much as we need to extend forgiveness. And when people see this kind of love between brothers and sisters in the church, I believe it shows the world that God is really among us.